Hardtails are how most people get on the trails for the first time. Whether it is a $200 Walmart bike or a $2000 XC machine you can learn something and gain valuable skills on a hardtail. However, around the $1000 mark there seems to be a tipping point where you get quality components and geometry that you won’t want to immediately throw away after a year of riding. In this round-up, we’ll share our top best $1000 hardtail trail bikes.

There are a couple of criteria that were used in building this list. First, we allowed a little bit of wiggle room on the MSRP price knowing that sales, dealer incentives etc would allow you to obtain any of these bikes for right around $1000. Second, if the manufacturer specced the bike with a coil shock they were disqualified. Low end coil shocks do not yield a capable trail bike that can be tailored to rider weight the way an air fork can. Finally, if the manufacturer specced the bike with a 2x or 3x drivetrain they were also disqualified. With all of the great 1x systems out there, there is no reason to be speccing a $1000 bike with a 2x that is harder to use and more of a maintenance headache. 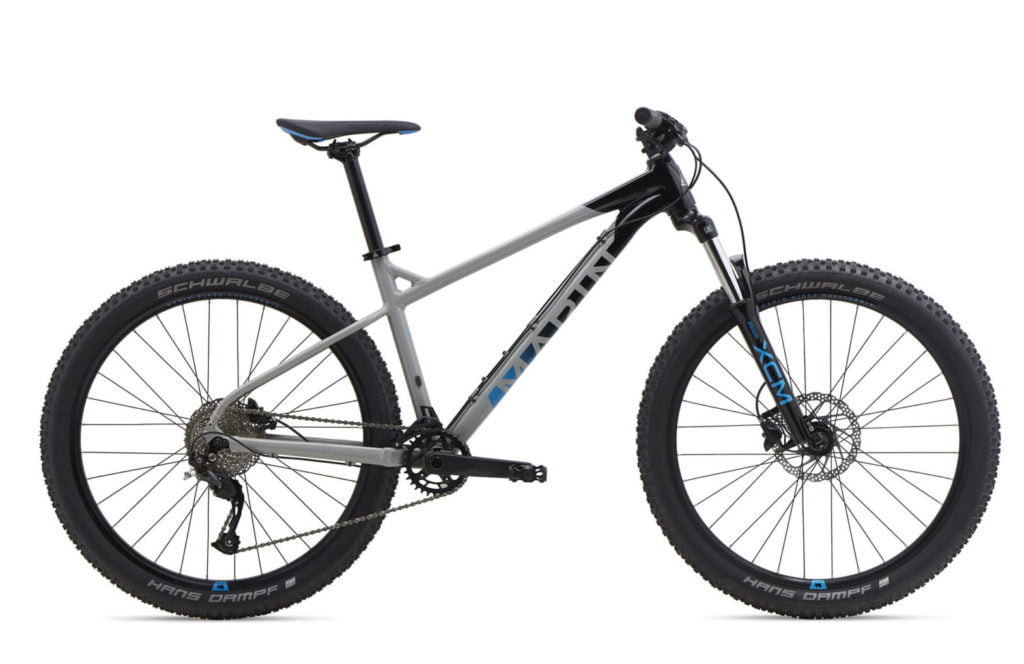 The Marin San Quentin hardtails slot in between the already existing Alcatraz dirt jump bike and more tail/xc oriented Nail Trail. An “aggressive hardtail,” the San Quentin receives a slacked out 65° head tube angle which should stabilize things when pointing the bike downhill while425mm chainstays will keep the rear end compact and easy to move around. Best of all, this is the cheapest bike in our round-up. At $849 you will make some component sacrifices, but you are also buying into a capable platform. 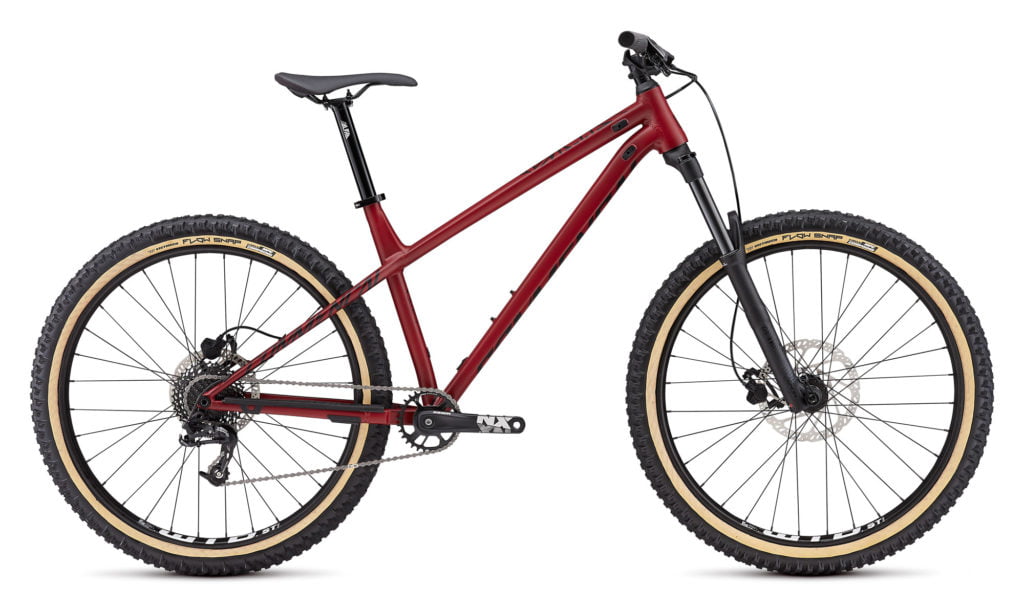 This thing is a beast. With 150mm fork up front, the Commencal Meta HT AM Origin is by far the longest legged bike in this list. Outfitted with 27.5×2.6 tires it’s in the not quite plus territory that many aggresive riders are finding to be the sweet spot. It also features larger 200mm rotors up front for greater downhill stopping power. Arguably this is one of the most stunning looking bikes on the list as well. 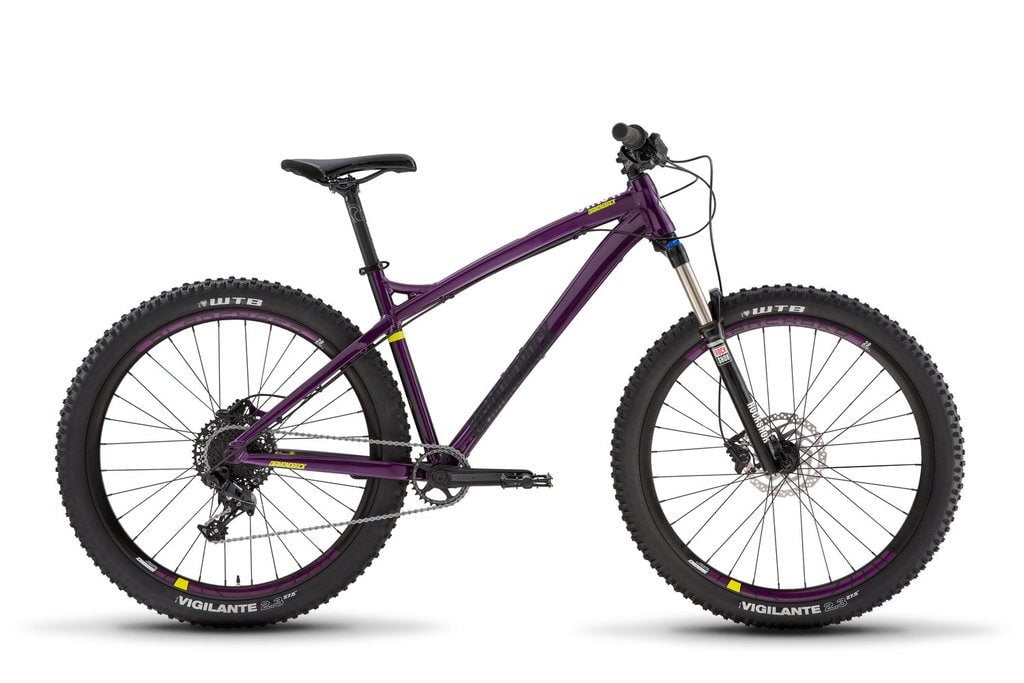 Highlights on the Diamondback Sync’r build include a respectable Rockshox 130mm fork, the best drivetrain of the bunch, NX 11 speed and Shimano MT500 brakes. The Sync’rs extra 10mm boost of front travel sets it apart from many other bikes in this category and will make you think just a little bit less about taking this bike into gnarly terrain. 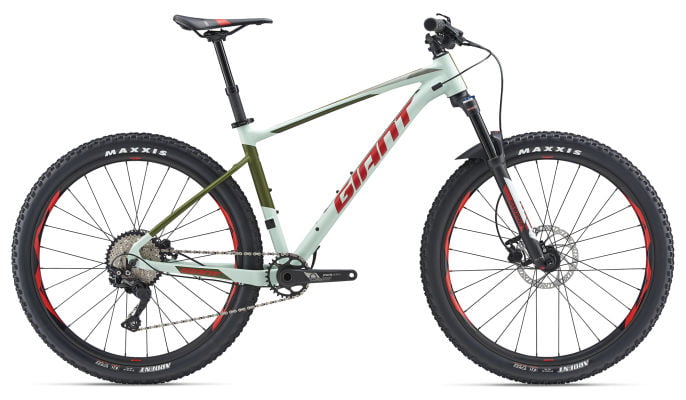 Squeezing a dropper post into a $1000 price point proves to be a challenge. But, Giant has managed to do it with their Fathom 2. With 27.5+ wheels, a dropper and a decent air fork this bike won’t be begging for an immediate upgrade. 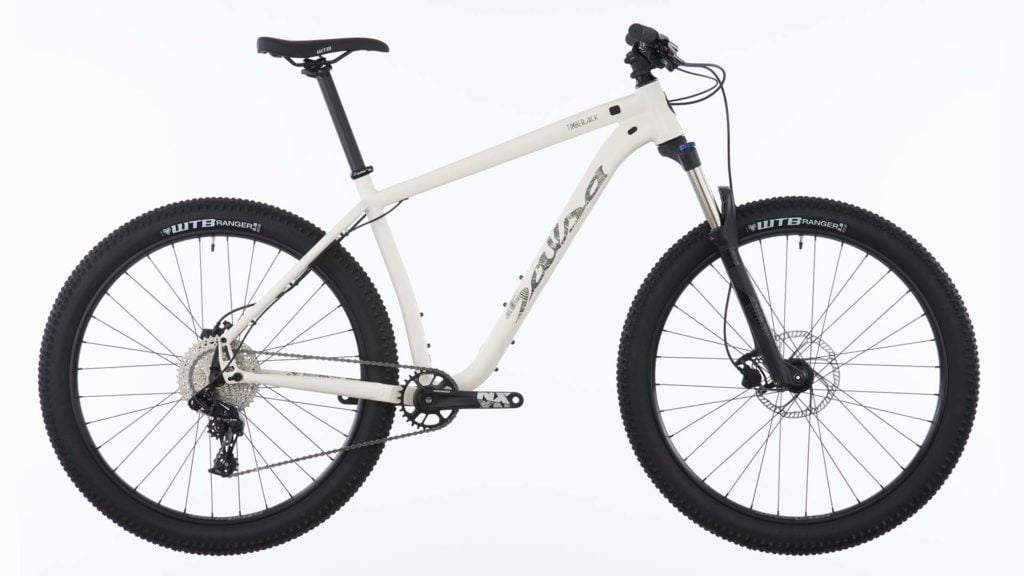 One thought on “The Best $1000 Hardtail Trail Bikes”